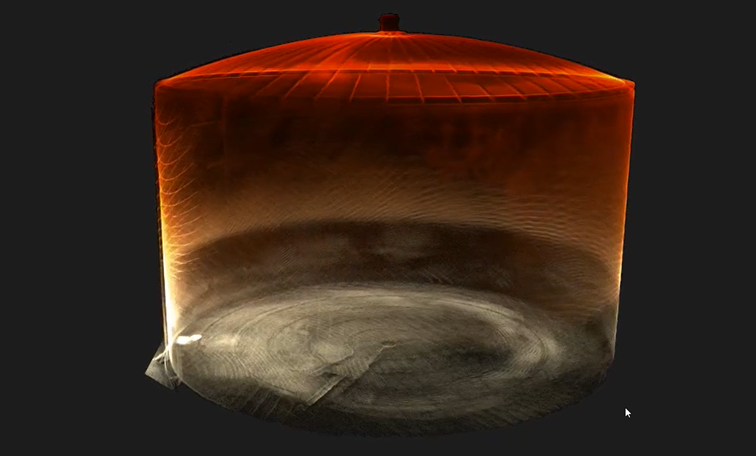 This makes these inspections not only expensive, but also dangerous. Moreover, the use of scaffolding can damage the asset.

To avoid above situations, SkyeBase inspects these assets with an indoor drone.

In addition, this drone can also be used to measure indoor stock volumes.

SkyeBase is one of the first in the Benelux to have the Elios 3. This all-round indoor drone is decisive in its design and capabilities. Captured images are steadier than ever due to its improved calibration software. The built-in GPS system provides centimeter-accurate positioning, supported by a 4K and thermal camera.

Decisive is the lidar payload that SkyeBase attaches under the drone. This creates accurate 3D visualizations, even in very dark and dusty environments. On these 3D visualizations, defects are annotated and localized. As a result, maintenance actions can easily be reviewed with colleagues and stakeholders, as well as scheduled. This in a fully digital way which makes remote working possible! 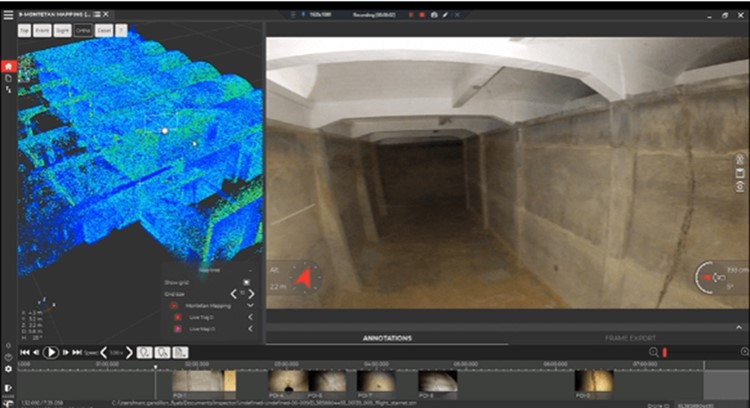 What inspections can you carry out with the Elios 3?

This indoor drone can be used for visual inspections for all types of defects, such as cracks, deformations, corrosion, checking welds and the overall condition of an asset. It also performs simple thermal checks, measurements and formatting of 3D visualizations. 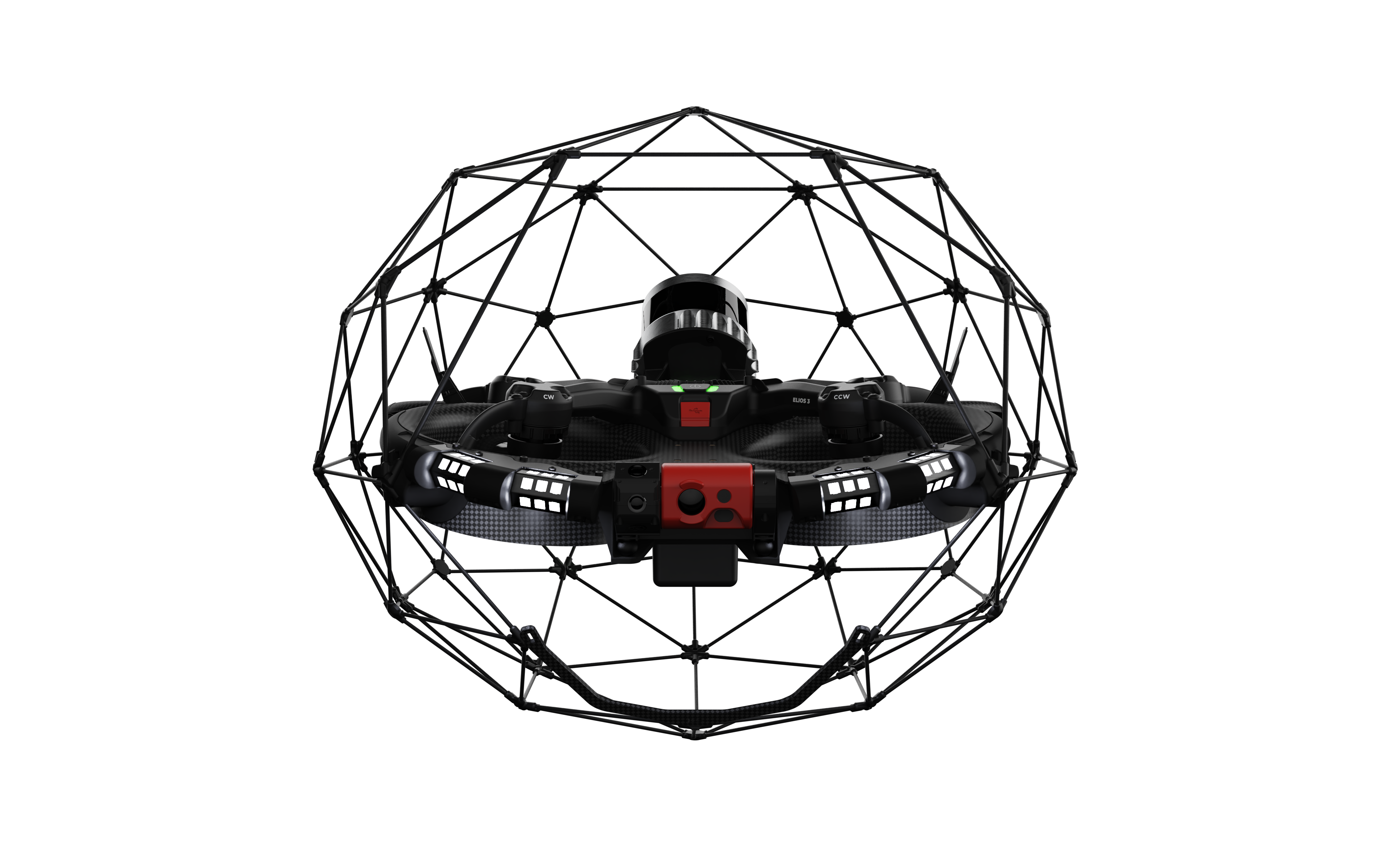 What assets and situations can be inspected by deployment of the Elios 3?

The measurements are reported in our digital asset inspection platform I-Spect, via a PDF document or in the customer’s in-house platform.

The inspection of storage tanks is dangerous and often scaffolding is required to perform such inspections. In addition, a man guard is required when entering the tank.

For this assignment, the Elios 3 was used to inspect a storage tank on corrosion, cracks, inspection of welds and further visible defects. Entering the tank is not needed since the drone pilot can perform the flight from outside the tank.

Afterwards, the captured data was processed in 3D software to use a 3D visualization to locate and then annotate the defects in the tank.

After the project is created with the correct parameters in the 3D software, follow-up flights are easy to perform. The evolution of defects can be followed periodically.

Annual or periodic stock inventories of bulk volumes are required. The use of drones makes this process many times faster than the traditional method of using a measuring stick….

For this task, the Elios 3 was used to map a cement stockpile. Previously, this was not possible given the large concentration of dust that would obstruct the view of the RGB camera and sensors. Thanks to the Lidar payload, the Elios 3 can now perform the mapping in minutes.

Afterwards, the captured data was processed in 3D software to generate the exact volume determination through a point cloud. After the project is created with the correct parameters in the 3D software, follow-up flights are easy to perform. The volume of inventory can be tracked periodically and evolutions in inventory can be easily tracked.

Site personnel will no longer have to physically enter the warehouse to perform measurements.

Asset entry into mine shafts is not always desirable because of collapse hazards. Also, deformations are difficult to image with traditional equipment.

For this project, a 140-meter-long mine shaft was piloted with the Elios 3. Using a range extender, flights with a considerable distance can be inspected without the pilot having to enter the asset.

The captured data was processed into a point cloud in the 3D software and was compared with the original blueprints of the shaft. During this comparison, based on the GPS coordinates, the conclusion was drawn that the floor of the tunnel was 30 cm lower than indicated on the original drawings.

As a result, the client was able to draw the conclusion that the trucks driving over this access over the past 15 years had partially eroded the road.